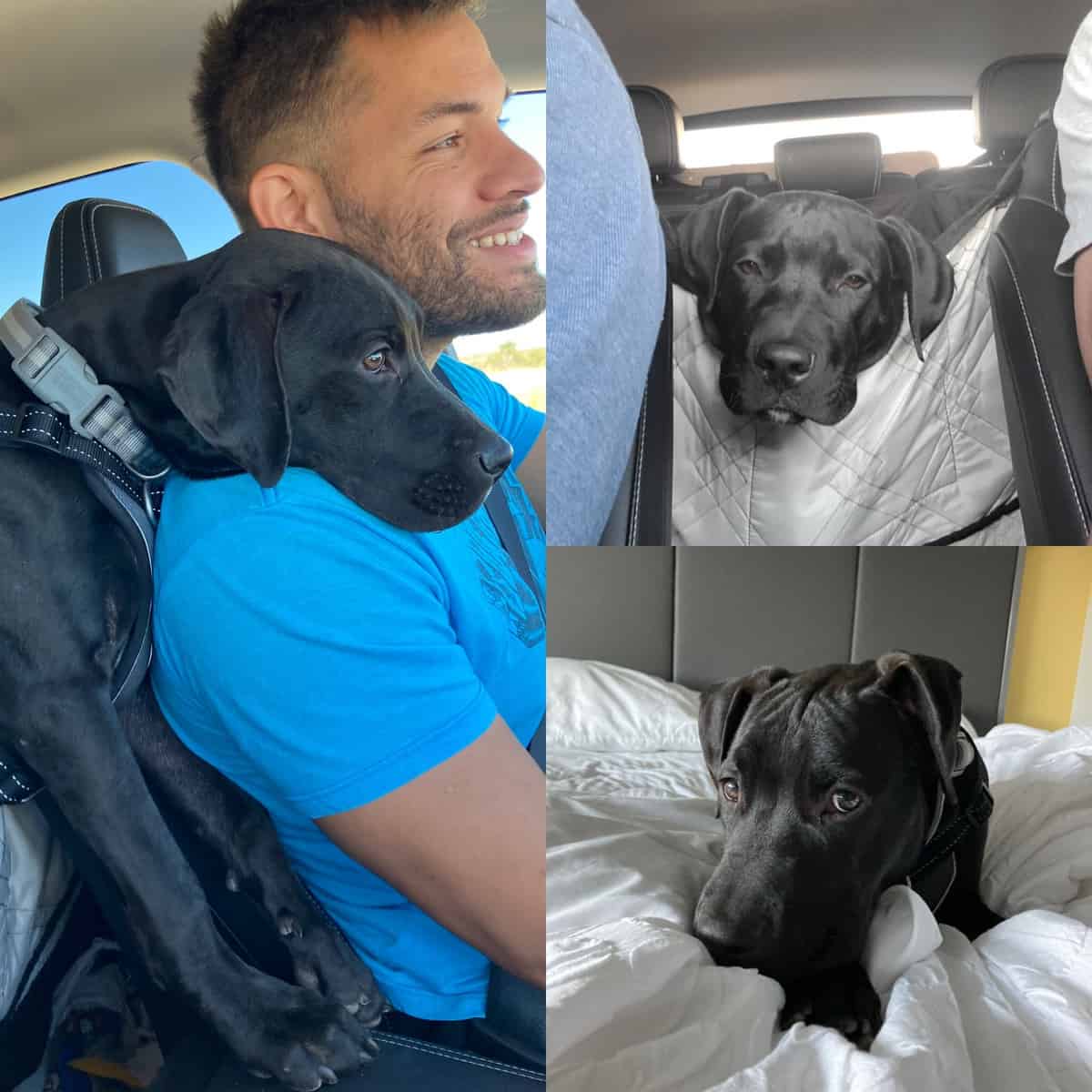 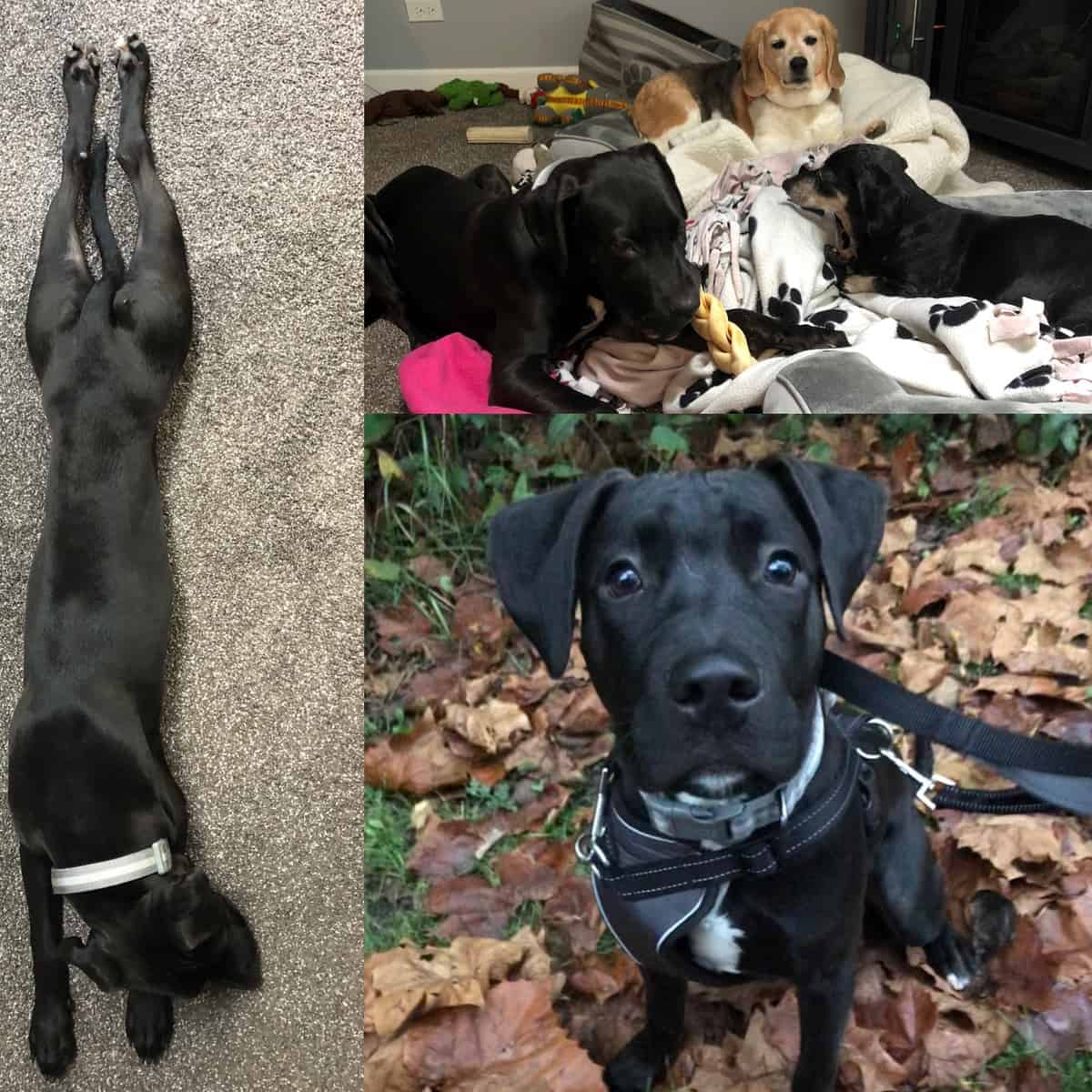 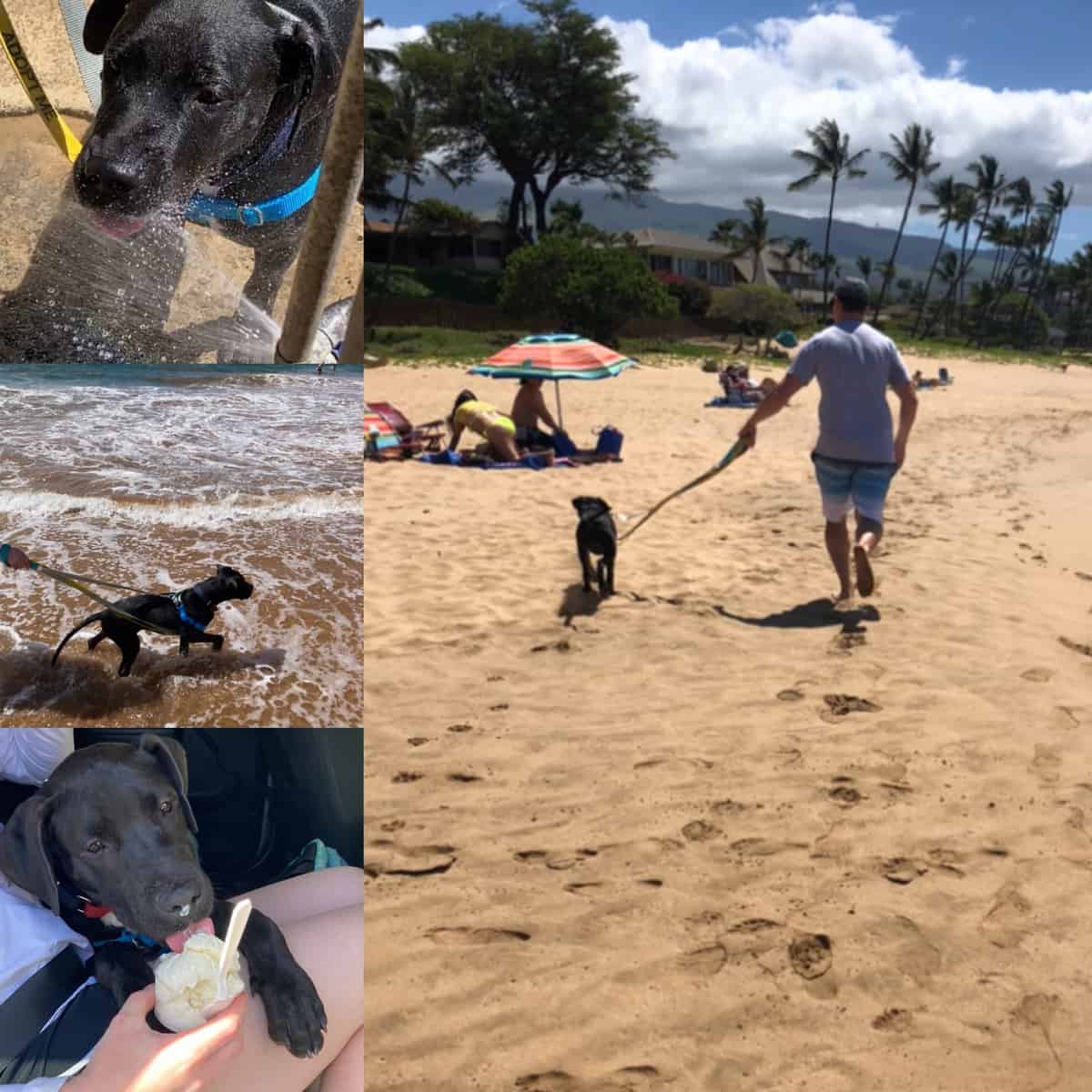 “Every time I tell a story about Maui, it includes talking about Ashes who we had on our first experience with Beach Buddies in 2016.

I was so excited in August when Beach Buddies was reinstated and we were able to get a spot on the last full day of our trip to Maui on October 1. When we arrived that day, Becca told us that we would be taking DJ on first day of Beach Buddies and would see what types of activities he liked. We took him to beaches, parks and on the sidewalks of the hotels on Wailea. He was well behaved in every environment and wanted to meet every person and dog in sight. He carried his Kong squeaky tennis ball on many of his walks. His day finished with a little vanilla ice cream and a nap in my lap on his way back to MHS.

Upon our return to MHS, we gave DJ back to a volunteer who had an Australian accent (we didn’t catch his name). I told him I think we failed because I fell in love with DJ and felt like he was such a good match for us. The volunteer said “we called that a success” and told me I probably gave DJ the best day ever. This made me think why can’t I make every day “DJ’s Best Day Ever.” Then, we briefly discussed adoption and bribing him to the mainland with Tucker.

We boarded our flight home to Chicago the next morning. I thought about, talked about and looked at pictures of DJ until I called MHS when they opened on Monday. I spoke with Kam who told me DJ was already part of the Wings of Aloha program. She was going to see what DJ’s options were. Part of me was devastated that I missed my chance of adopting DJ and part of me was relieved that he was destined to come to the four seasons (COLD) of the mainland. I no longer felt guilty about the chance of taking him from the warm weather and beaches (I wish I could move to Maui with him, instead of him coming to Illinois!). When Kam called me a few hours later and told me that I could adopt DJ, I burst into tears of joy and started figuring out his travel arrangements.

On Friday, my Hawaiian puppy was flying Alaskan Airlines to LAX. Adam and his mom picked DJ up at LAX and drove him to Las Vegas. DJ met family and friends before beginning his road trip to Illinois. After learning about hotels and road trips while driving through Nevada, Arizona, Texas, Oklahoma, Missouri and Illinois, DJ made it home!

DJ is getting used to living with a beagle and a dachshund in the cooler weather. He owns his first winter coat and several Kong squeaky tennis balls. He also has a bright green light up collar for his nighttime walks — which goes right along with his “life of the party” personality.  His favorite game is chasing (and catching) leaves blowing in the wind!

Thank you to everyone at MHS for all you do and especially to those who helped get DJ to his furever home!
Mahalo,
Sarah, Adam, Cozmo, Maggie & DJ (@that_pup_dj)”
← Prev: The Tail of Two Cody’s Next: The Maui News: Hawaii’s first-ever shelter-born pup to play in Puppy Bowl →

The Tail of Two Cody’s

Then one day, another Cody called us. One all the way from the Pacific Northwest that felt they could help. Several months after the last of his senior dogs had passed he was ready for a new friend and was looking up “older hard to place shelter dogs”  online when Cody’s profile came up. After reading his Bio and watching his video on our website, Cody felt that he just might be the right home for Cody.  And boy was he! 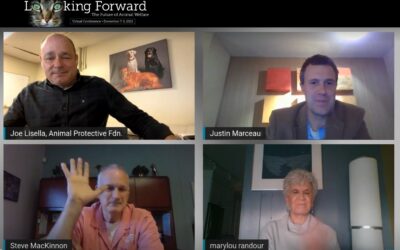 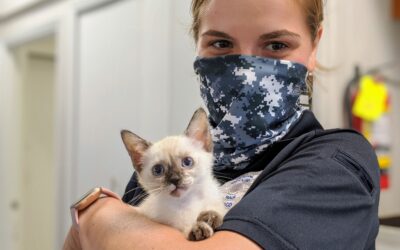 Maui Humane Society (MHS) on Monday announced that it is opening its doors every day of the week for adoptions, as it continues to battle an overwhelming number of animals currently housed at the shelter.